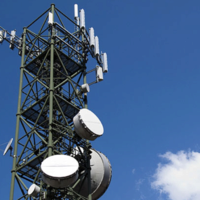 This smallcase consists of companies like data providers, equipment manufacturers and infrastructure enablers working in the data chain and enabling higher internet penetration in India. The smallcase also contains online services companies that will benefit from higher digital penetration.

1m6m1y2y3y4ymaxSIP
Value of ₹ 100 invested once on
inception of this smallcase

Past performance doesn't guarantee future returns & is inclusive of all rebalances. Download chart